Our design is based on a simple but yet effective idea: to use agonist and antagonist forces to implement flexion and extension of robot fingers, following a bioinspired approach where steady elastomer materials (silicone sheets) implement the human extensor tendons counterpart, while cables driven through low-friction tubes, implement the human flexor tendons analogous.

The robot hand has a modular fingers basis equipped with 5 slots, that can be used to “accommodate” a total of four fingers. More specifically robot hands with various geometries of finger base frames, can be developed. Line and 2D polytope geometries are easily created, while for 3D polytope geometries finger bases with different heights have to be used (to create vertical offsets). Those hands are very capable of grasping various everyday life objects and each one is specialized for different types of tasks. 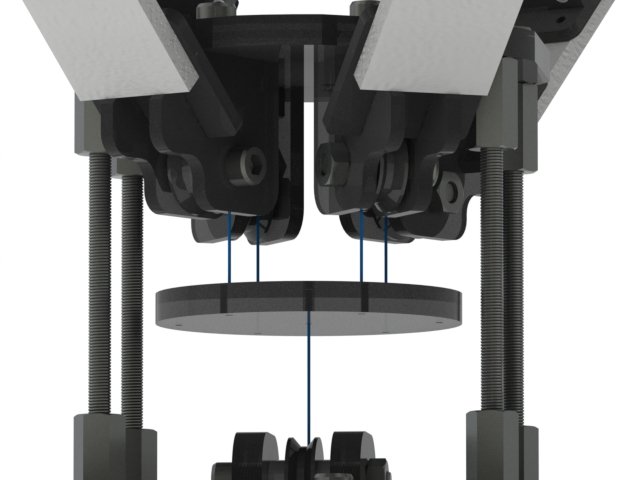 The disk-shaped differential mechanism used in our robot hands.

[1] A combination of sponge-like material with low thickness rubber, that offers a high friction coefficient for fingertips.
[2] Dyneema fishing line which is used for the cables, offering zero elasticity and handling of high forces.
[3] Low friction tubes that are used for tendon routing.
[4] A series of v-groove sealed ball bearings (pulleys) that are used together with the low-friction tubes to minimize friction in tendon routing.
[5] Flexure joints that are made from silicone sheets of different thickness.
[6] Various fasteners.
[7] Rigid links which are built by 2mm acrylic material (plexiglas). 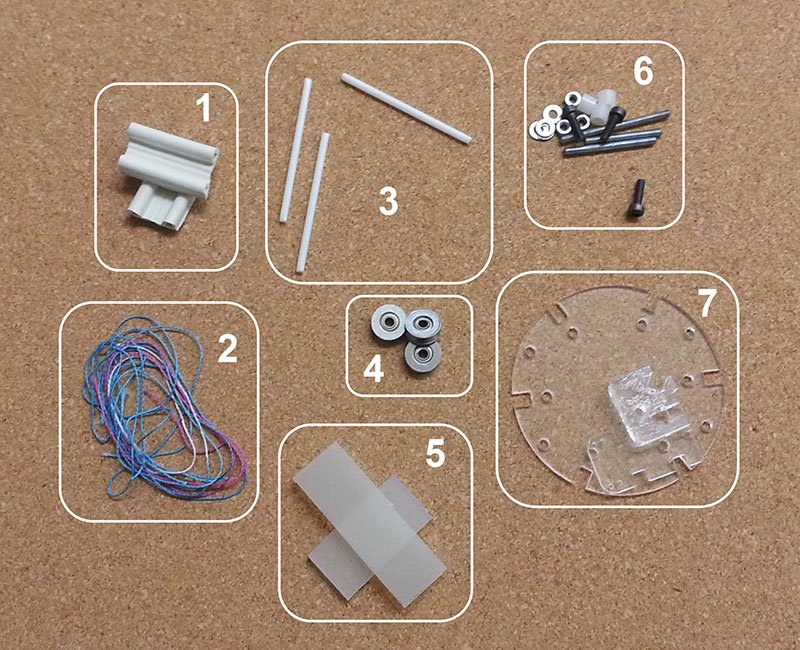 For the assembly of the robot fingers we use fishing line and needles in order to stitch the silicone sheets onto the rigid links (the links have appropriate holes by design).

All the designs, electronics, and software required to replicated and control our devices can be found in our GitHub repository:
OpenBionics GitHub Repository